Well it’s a tradition to go for a walk on Boxing Day but as I had totted up about thirty miles over the last two days, I had planned a visit today to the Calouste Gulbenkian Foundation which is less than ten minutes from the hotel. I set off around nine in time to take breakfast on the way and arrive at opening time at 10 when I hoped it would be less busy than later in the day. The streets were totally different today – still plenty of Chinese tourists – but lots of Portuguese people grabbing a bite before going to the office, workers in hard hats everywhere, cranes swinging overhead – like most major cities, Lisbon will be lovely when it’s finished. With a fresh orange juice, a cinnamon croissant and the obligatory pastel de nata inside me I arrived at the foundation and followed signs through a large, very dark and leafy park to the main entrance. 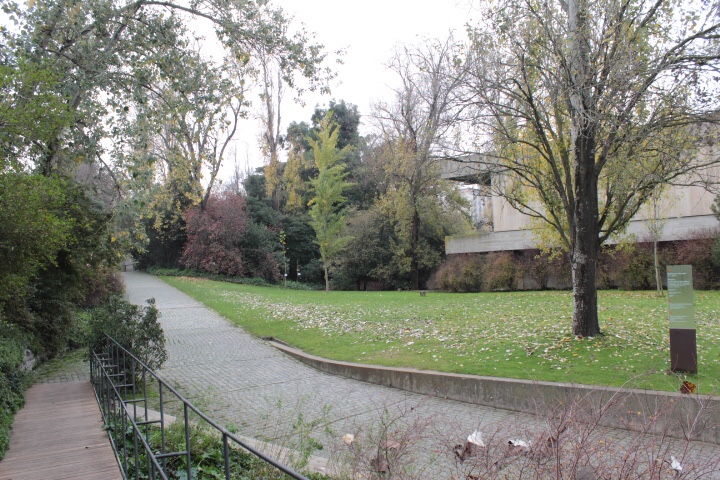 I knew from earlier emails that I’d get in for half price as an senior and happily parted with my 7 euros. As I walked out just over four hours later it felt like good value.

Gulbenkian made most of his money from oil in Iran and the Gulf and as well as being an avid collector of ancient and modern art and artefacts also instituted a series of cultural and educational programmes. There are two main areas: The Founder’s Collection and The Modern Collection at opposite sides of the park. I started in the antiquities building with a sense that I was back in the Getty Mansion in LA, surrounded by a similar array of amazing pieces from ancient Egypt – how does glass survive 24 centuries? – encompassing pottery and jewellery as well. I was struck by the nautical theme of the last few days with this bronze from 500 BCE and also by the clarity and spaciousness of the galleries. I also fell for the Egyptian cat and her kittens. 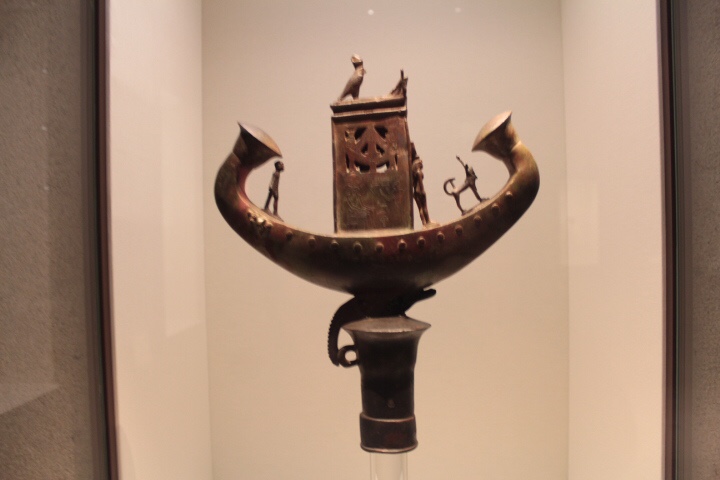 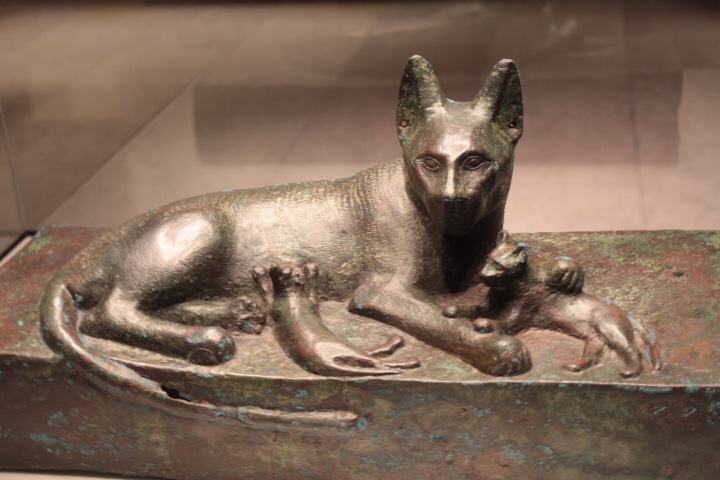 I suspect that even on busy days you would be able to move around and read the captions without too much of a struggle. It was also a pleasing feature to catch glimpses of the garden through the large windows. The exterior is a bit brutalist for my taste but you forget all that concrete once you are in these intriguing galleries. 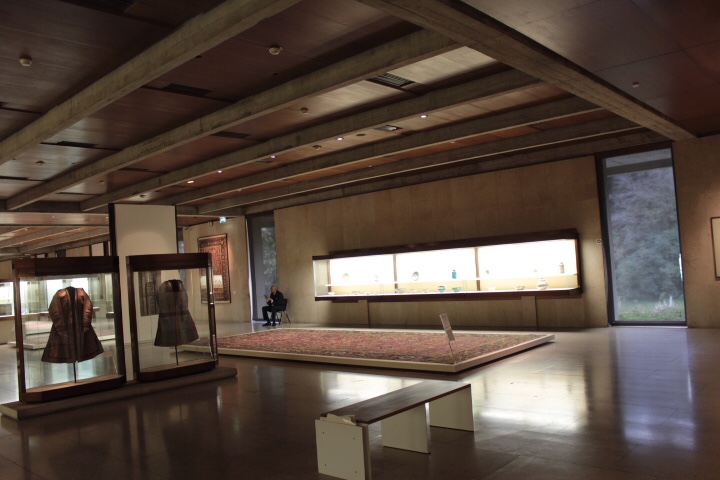 There’s a progression though Greek, Roman and a lot of Islamic art given the Gulf connection – lovely tiles and carpets and illustrated manuscripts. I ambled happily through the rooms until arriving at the French collection – all that overgilded, overblown Versailles furniture – not for me! But then the big surprise which proved I did a bit of reading but not enough, but then of course it wouldn’t have been a surprise. Gulbenkian also had an eye, or good advisers, for French, Italian, Dutch and English painters and OK Singer Sargent was American and his lovely Ladies Sleeping in a Punt under Willows is here. I positively wallowed in some excellent Corot landscapes, Guardi’s views of Venice which I have always slightly preferred to Canaletto, a brooding Rembrandt Old Man, a wonderful ahead-of-its-time Durer duck. 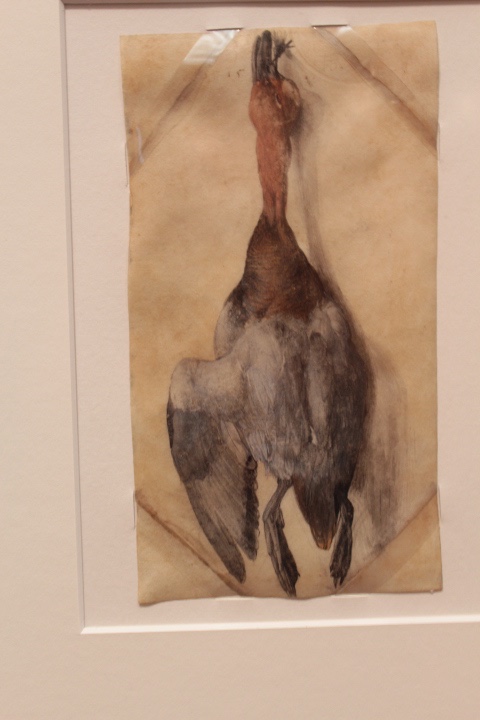 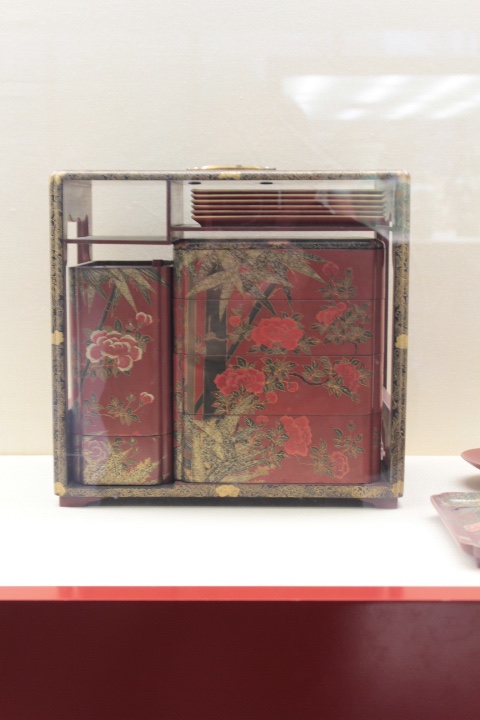 I was also taken by the Edo period Bento box with its flowery lacquer. Gainsborough and Lawrence portraits and two magnificent Turners, Monet, Manet and Degas completed the feast. Happy morning!

In the temporary exhibition space was a display of sculpture from Rodin’s time in Paris including one of the Burghers Of Calais. It was nicely arranged with section on standing poses, non-posed naturalistic work, group sculpture and nursing mothers. I then took myself across the park to the Modern building passing on the way a splendid amphitheatre at which concerts take place with a lake in the background. Should I ever be here for a performance I’ll bring a cushion as the concrete seats looked rather hard. Kenwood music by the Lake without the stately home. 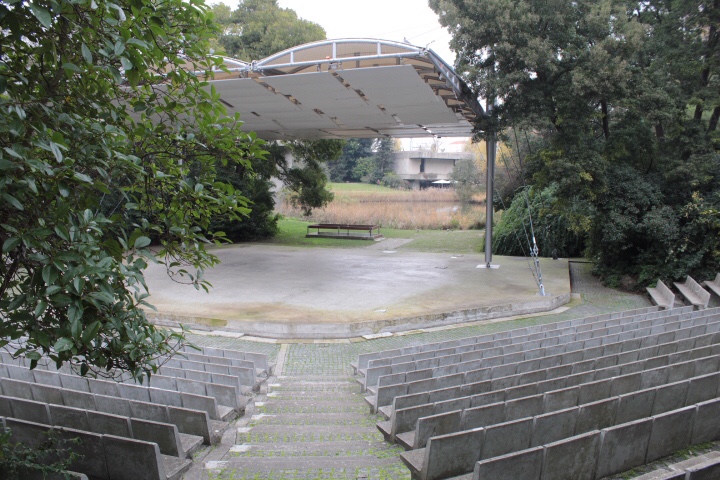 The modern collection is mostly of Portuguese sculpture, painting and installations one of which really caught my eye and ear. There are 34 boom boxes forming the word NO while playing the spoken word YES in as many different tones.

Otherwise there were some interesting pieces and it’s odd isn’t it how you get drawn to particular items. I approached one thinking that’s good to find it was by Jim Dine and to another that proved a Rachel Whiteread, Maybe the old adage is true ‘Class will out’.

In suddenly realised it was after two o’clock and I needed to find somewhere to watch Watford v Chelsea so rushed back to the hotel only to look at my calendar and realise that it’s a 19:30 kick off. On my way I did pass a sports bar so I should be OK. My other afternoon disaster was to attempt to rent a car. I had always thought it would be a good idea to get out to Sintra and back via the coast at Cascais and Estoril. There was a conveniently close Europcar who could rent me a VW Polo or equivalent. The clerk then said: “I’d better tell you the price before we do the paperwork.” Doesn’t augur well. 210 euros for a one-day hire. The Raggett pauper reared again – I had a car in Spain for ten days in the summer for less than that. So if the rail strike permits (60-odd % running according to the news) I’ll go by train tomorrow. Then back to the hotel to blog and be amazed by the day’s Premier League earlier results – How many goals? – and prepare to pop off to the sports bar for 19:30.

The sports bar was part of a hotel and had a few scarves and shirts (Benfica, Sporting, Real Madrid, Barcelona and Man United) I didn’t bring mine with me or they’d have had a Watford one to add. What they did have was the game on TV and an IPA which truly sprung (or Springed) off the shelf: 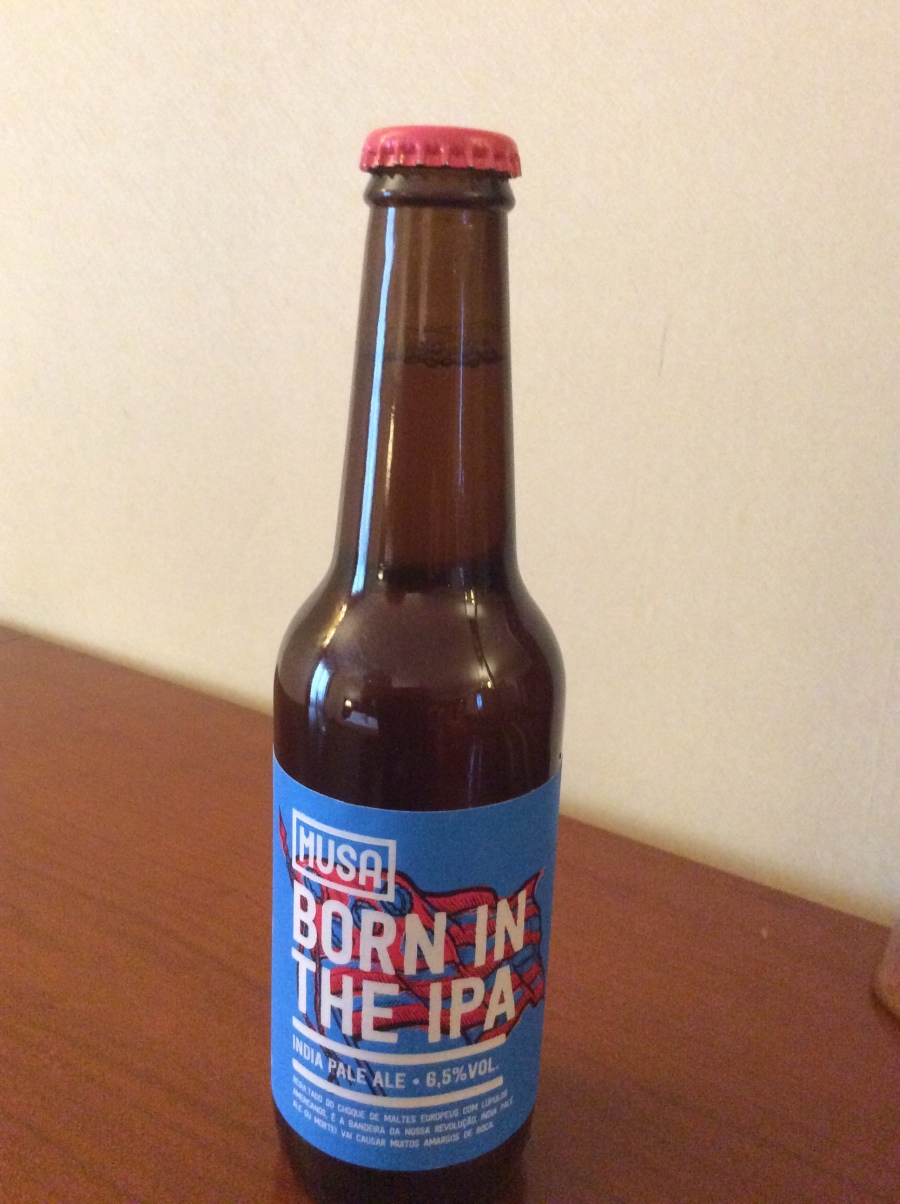 and at 6.5% it might well have had even me doing karaoke. As it was the few others in the bar were amused but not disturbed but my oohs and aahs and scream of delight at the equaliser. Their penalty was never in much doubt but the Portuguese commentators were adamant ours was a nailed on penalty on Deleofeu. They showed it in close up and from five angles about five times and were most agitated on our behalf. The bar had wings, nachos, burgers and other suitable sports bar fare so I consumed a modest supper during the second half. I’m not sure whether it was anger at the ref or the food but I had a very disturbed night and was actually quite glad I wasn’t going to be driving first thing in the morning.