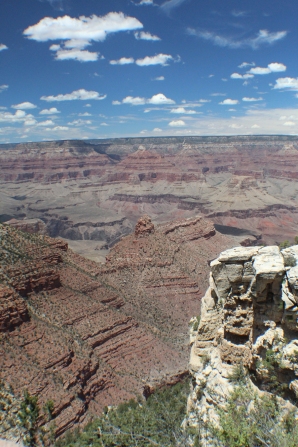 Sunday morning dawned bright and sunny so we decided to go back and see more of the Grand Canyon in full sunlight. And what a difference! Colours were brighter, shadows more intense and it seemed even further and deeper down that we spied a wiggle of the Colorado. We bought some Junior Ranger gifts for the grandchildren in the visitor centre which doubles as a small museum of the history of the Grand Canyon village. 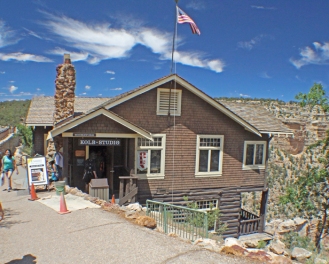 We then walked down to the Kolb Studio a tribute to two brothers who made a small fortune out of filming and photographing pioneer activity in the canyon and selling prints to the prospectors. The lengths they went to in order to get their footage would make a modern day risk assessor apoplectic – but then we’d never have had this amazing archive so sometimes you do just have to forget the rules. 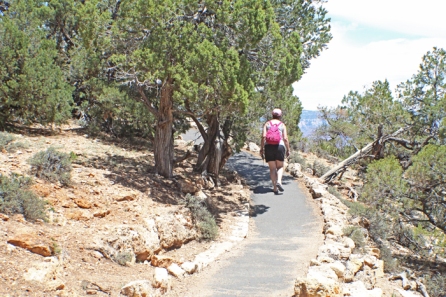 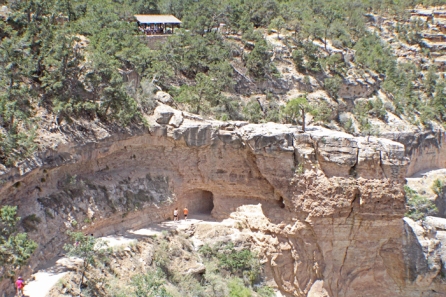 We set off along the rim footpath which announced itself as “easy walking” rather than taking the Bright Angel Trail which descended into the canyon but was described as a day-long trip for experienced hikers. We didn’t have a day and we’re not in that good shape. As it transpired the easy walk needed quite a lot of puff as there were some sharp inclines that required people younger than us to pause by the side of the track to get their second wind. It was well worth it though and took us to the memorial to John Wesley Powell claimed as the first explorer of the Grand Canyon. Well he might have been the first white American explorer but the Havasupai and Hualapai have lived in and around the canyon for some 800 years. Each time you reach one of these strategically located lookouts you see different aspects of the gorge with informative explanatory plaques. 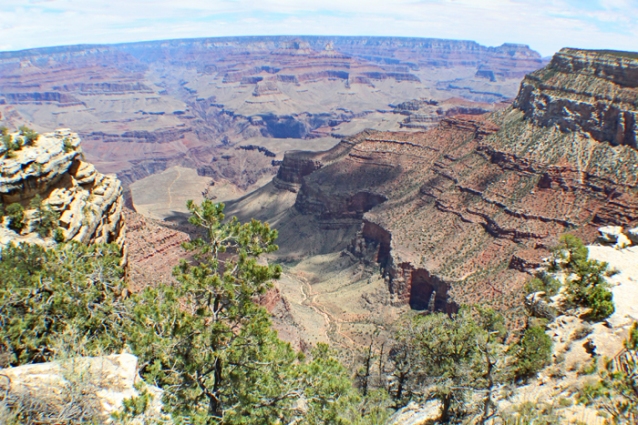 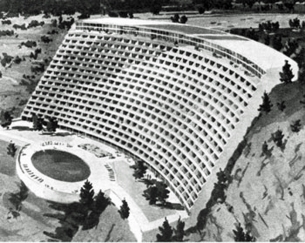 Who knew there was an abandoned uranium mine called the Orphan Mine? I then learned thanks to The Guardian that there are proposals to reopen it which have brought howls of protests from environmentalists about the effects of uranium mining on the scarce water supply in the canyon area and on wildlife. Nor did I know that when it first closed there was a proposal to build a multi-storey hotel actually inside the rim – artist’s impression on the right. 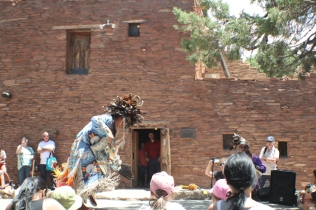 On our return via the shuttle bus to Grand Canyon Village we were presented with a display of dancing from the Hualapai outside the Hopi House one of the main attractions of the village. They were energetic and slightly threatening and reminded us of the Ainu dances we’d seen in Hokkaido.

We then set off back towards Vegas early in the afternoon and as we approached the interstate opted instead for a drive along self-proclaimed with monotonous regularity “historic” Route 66. 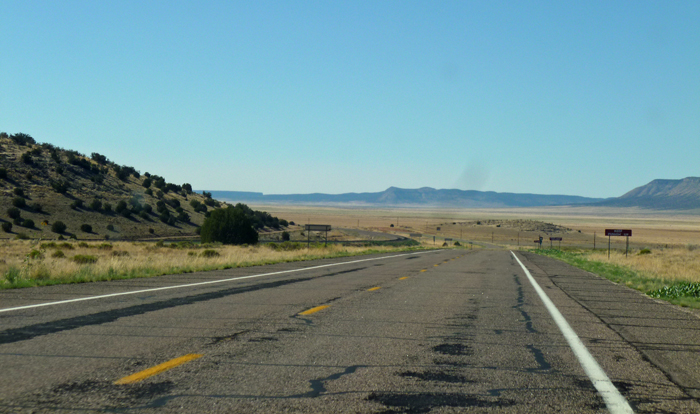 The road itself was great – empty of traffic except for a Havasupai Reservation Police jeep at one point – surrounded by rolling hills and agriculture and then we came to the sign “Entering Seligman”. Obviously you’d have to be a hermit not to have heard “Get your kicks on Route 66”. I think I first remember the Chuck Berry version but Nat King Cole did it first and the Rolling Stones and many others followed. In a fabulous piece of municipal self-promotion Seligman claims to be the heart of Route 66. It’s fabulous – low buildings line a broad street. There are Harley Davidson outlets and repairs shops, lots of them. There are hotels, motels and roadhouses. There is the famous Road Kill Diner: motto “You Kill It, We Grill It”. 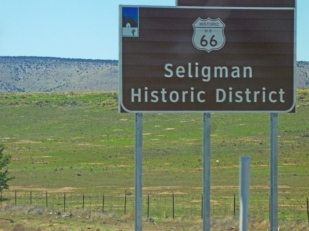 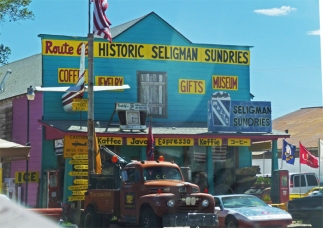 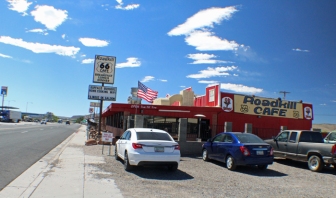 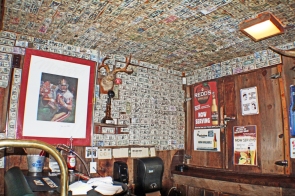 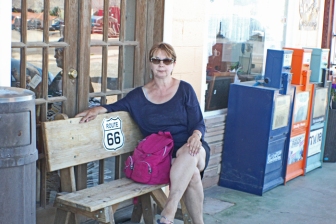 After waiting in vain for some fresh road kill and having a beer in its dollar bill papered interior we chose a German themed diner opposite with good craft beer – Dogfish Head IPA – where do they get these names? We had lunch served by a lady with such exquisitely coiffed hair that she would not have been out of place in a 1950s movie. 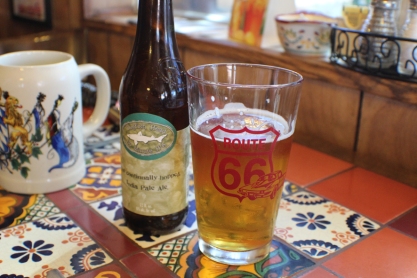 One thought on “More Canyon and kicks on Route 66”