We have a much-appreciated gift subscription to the magazine Art and Antiques which presented two free tickets for the Antiques for Everyone fair at the NEC in Birmingham. We decided to go up for a weekend, browse works we couldn’t afford and visit a couple of National Trust properties on the way back. There was a good deal at the nearby Arden Marriott so we set off on Friday afternoon, checked in had dinner and gathered our strength for walking slow miles through the NEC next day. Entry was easy and there were plenty of opportunities for coffee stops to break up the time on our feet. A few pieces really caught our eye. I must say that none of the dealers were excessively pushy and responded informatively to our questions. They were all very friendly and helpful – a pleasantly different attitude from the usual approach of people trying to sell you something.

By the time we sat down for lunch a shortlist was drawn up and ranked by each of us into priorities. Then there was the discussion about how much we could spend, where would it go on our already crowded walls? Would it prove an investment? Would we ever find anything comparable in an antiques market or even better a junk shop? Further visits were made to a number of booths to review options until an hour or so before the 18:00 close we thought we’d better sit down with a cuppa and decide. We finished up buying two large water colours, an etching and a signed Emile Gallé art nouveau side table with fabulous inlay designs – oh and a posh walking stick for occasions when Dee’s rather battered folding one bought in Japan in 2013 wasn’t quite right. It felt rather good driving right up to the exhibition hall back door to load them all up, less good carrying them all up to our room as I didn’t want to leave them in the car all night. But it gave us a chance to have another look at them all. Buyer’s remorse? No, not a bit – investment or not they were all things we were glad to have and display. 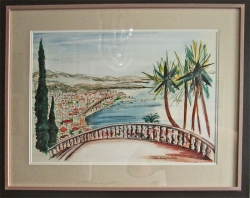 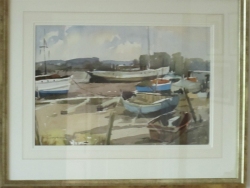 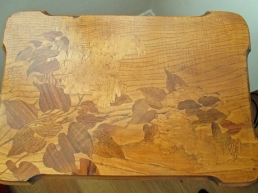 Purchases concealed in the boot, suitcases on the back seat for anyone to steal, we drove home on Sunday after deciding that another day in the NEC was not required. We dug out the NT and EH handbooks from the car and decided that the nearest places of interest were Baddesley Clinton and Packwood House both National Trust houses and gardens. Baddesley was closest, just, so we started there. Some time ago we discovered that those useful folding stools you can get to help you manage to sit and contemplate pictures in crowded galleries can be purchased online. They’re a cross between a stool and a shooting stick and perfect for a day like this. Baddesley Clinton is a small moated manor house that was in the same Ferrers family’s hands for 500 years. It’s a pretty building with some wonderful features like a huge stone fireplace in the hall and a carved and inlaid four poster bed.

The staunch Catholic nature of the Ferrers family is evidenced by three priest’s holes but there’s no precise figure for the number of papists they saved. There’s lots of stained glass and memories of the ‘Quartet’ a sort of mini-Bloomsbury set who lived here from 1860 to 1920 painting each other, building a chapel and generally being artistic.

There were some hungry house martins waiting in a series of nests in the entrance arch but fortunately help was at hand. 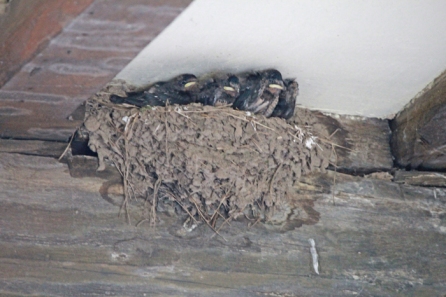 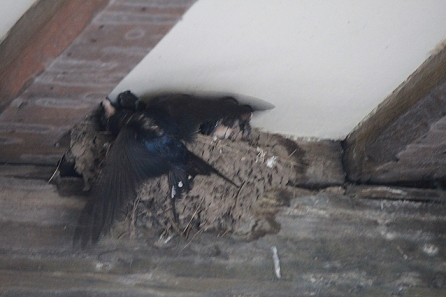 The orchard and garden beyond the house had an exhibition of scarecrows and some interesting vegetable beds which we discussed with the volunteer gardeners – a bad year for carrots up here too it seems.

After a coffee we decide we can face Packwood House too as it’s only a mile and a half away. It’s a complete contrast – much bigger with extensive grounds with yew topiary everywhere – 100 of them representing the sermon on the mount with a big yew for JC, smaller ones for the twelve disciples and slightly smaller ones for the multitude. It’s a staggering conceit but I’m not very fond of yew trees. A lot of children enjoyed playing hide and seek though.

The Tudor house was restored to an imagined earlier state in the 1920s and 30s by a man, Baron Ash (that’s a name not a title – wishful thinking by parents?), who loved to party. He was also a great salvager of features from other decaying stately homes so the panelling at Packwood comes from several different sites, tapestries were rescued from all over the place a table was purchased from Baddesley Clinton, so it’s an eclectic mix which somehow works really well. Culturally replete we set off for home to decide where to hang and place our new acquisitions. 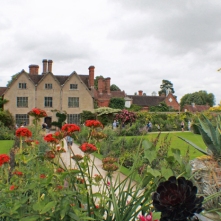 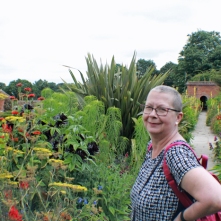 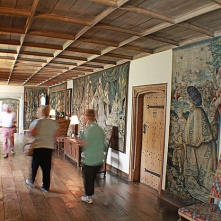 Two days later however we’re back on the art trail. A good friend is unit manager on the Sky Arts programmes Portrait and Landscape Artist of the Year and we’d been to see Portrait being recorded at the Wallace Collection in May which was a very interesting day observing a type of production neither of us had been involved in. This year’s Landscape semi-finals were taking place at Margate in June on the harbour arm. A trip to observe this being filmed, a quick visit to Turner Contemporary and a wander round Margate were too good to miss and it was also a sunny day. We asked our friend Linda if she’d like an outing too so the three of us had a good old-fashioned day by the seaside – including damned fine fish and chips on the front. 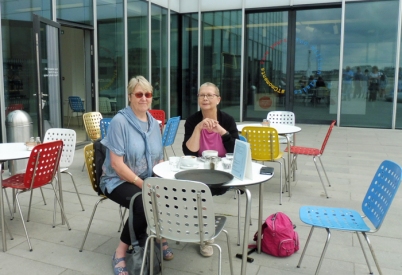 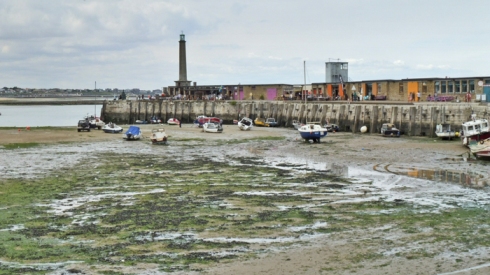 The filming of the series is fascinating to those of us who have been in the business and with so many cameras it was hard to keep out of shot – Dee and I can just be glimpsed in the episode transmitted later in the year. The art on display was incredibly varied in approach and technique, oils, watercolour, stencils and spray paint, ink drawing and one of the competitors added texture with his feet. It’s interesting to see how different people see the same scene in so many different ways. As it happened there was only one we wanted to bring home but we weren’t allowed to, so this trip left us without needing to make more decisions about the walls back home.