With apologies to Mr John Coltrane but it does rather describe a day of unexpected travel from Toledo to Manzanares – my next parador again on their excellent 3 nights for 2 deal. Swim, breakfast, checkout – trunks (swimming, this is not the grand tour) on the rear window shelf to dry – I set off planning a detour or two so as to admire some new countryside and visit a couple of former locations. I find out how to teach the Citroen’s Satnav that I prefer N and side roads to motorways and set off for Tembleque which I must have read about somewhere. This is a one horse town – well the Don is Quixote – which claims to be the exact geographical centre of the Iberian peninsula. It’s certainly in the middle of nowhere. But when I get there I get another self-catering anxiety as it’s market day. I do buy some juicy nectarines and big red plums later consumed with delight. Tembleque has an amazing Plaza Mayor for a town of 2500 people. 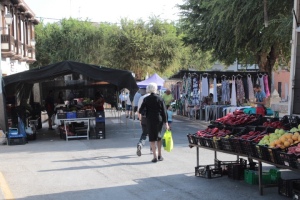 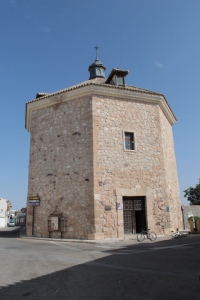 It also has an octagonal library – complete with youngster on the net – and a little way away a famous 18th century casa de postas which from its original use as a place for message carriers to stay has been a barracks, a hostel and is noted as a building of interest. But as you can see it’s all a facade.

Made me think again about spending money restoring old things, funding prestigious projects that no one really needs and using scarce resources on real need and halting the slide into poverty of so many. It’s a hard one as heritage is important. How come Spain already has a brilliant high speed train network AVE that connects all the major cities at more than 300 Kph? Crossrail, HS2 really? Are the amazing infrastructure projects what took Spain into the dodgy PIGS group a few years back?

I had a long chat with a guy in the tourist office in Tembleque with a few Brexit references which prompted the above. I guess there are fat cats in Spain too. In fact we know they do as even the royal family is embroiled in tax evasion scandals. However this grand palace built by a rich merchant in the has failed to attract money – laundered or otherwise – to restore it to it’s 1753 splendour. The money for its construction was made in the Americas, something a lots of Spaniards did at this time.

The office was in a small museum of rural life which was fun to see and he also handed me proudly a map of the Ruta de Don Quixote in which Tembleque features as did my next port of call Consuegra. This is the best preserved set of old style windmills that strut across the hillside either side of the castle, The poor Don would think he was completely outnumbered up here. Dee and I came here a few years ago at the end of December after spending Christmas with her sister at their apartment in Murcia. The sky was clear and blue but a bit cooler than today’s 38 degrees C.

It’s enough to make a nag like Dulcinea sweat going up all those hills and forgetting that you can drive to the top! Since we were there one of the mills has been restored to function on a few days a week actually grinding grains to make flour – but not today. We had visited here from the parador at Almagro a bit to the south so I thought a nostalgic trip there was in order.

We had seen its galleried plaza mayor with Christmas lights and a tree. It brought back very happy memories but the square where we had lunched and shopped was exhibiting end of seasonitis today – it was midweek and school’s just gone back. In one restaurant the chef had presented us with a book about the aubergine (eggplant, berenjena) for which the town is famous.

So I had to have one for lunch. It was delicious and Almagro remains an attractive town and I couldn’t help thinking that Dee should have been with me as I passed this bar. 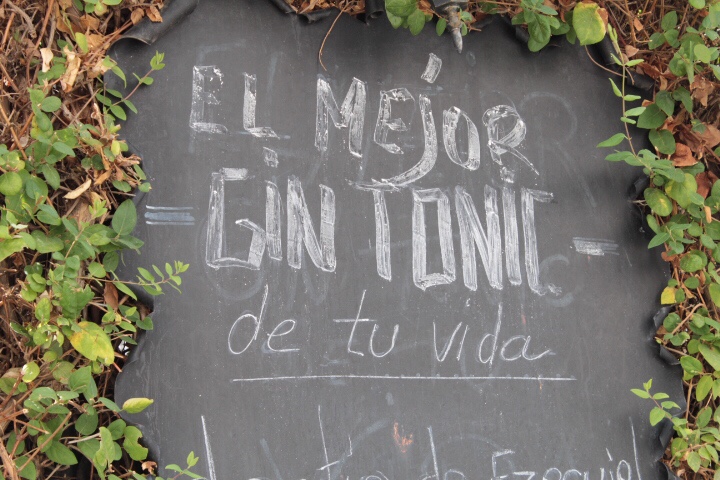 The Almagro parador does have a pool but this trip is about new discoveries so it’s on to Manzanares. Driving on country roads I was struck by the vastness of the country and especially the plains of Castilla La Mancha.

Also to note as I travelled was that while they may not have cash for old landmarks, they certainly do for new olive groves, vineyards and orchards. Like the ones below these have obviously been planted in the last couple of years in the expectation of better prices from the big market of the UK when higher tariffs will apply post-Brexit. There may be other reasons but planting a thousand peach trees, vines or olives doesn’t come cheap and the evidence of investment is everywhere. Just maybe Spain is recovering a bit quicker than many thought, Time will tell. 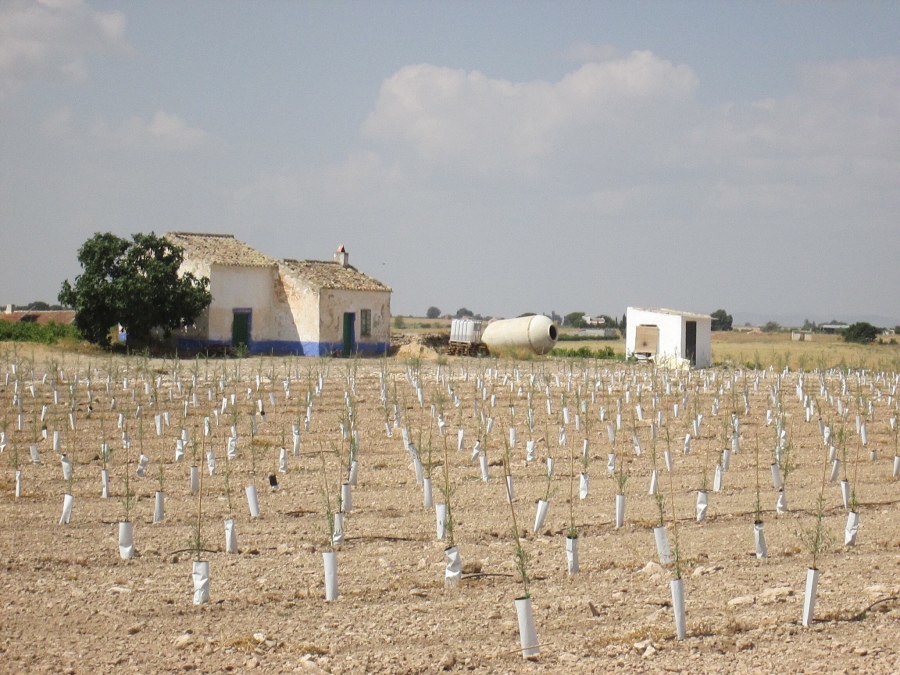