After the quickest taxi journey to Stansted ever, I breezed through security and went to the Escape Lounge for a hearty breakfast and a thorough read of the Observer. After a leisurely hour I made my way to the gate to find that the Priority Boarding queue is twice as long as the non-Priority. That’s because Ryanair make you buy Priority is you want to take a cabin wheelie case on board. I didn’t want to check baggage for just a week away so I joined the end of the line and waited, and waited. The incoming flight was delayed and so boarding for us was delayed. Standing in the airbridge to the stairs that would take us to the plane – how much extra does it cost in airport fees to push the bridge to the door and avoid all that up and down with luggage that could be wheeled not carried? – a fellow traveller spotted my Watford FC lapel badge and offered, pointing at my chest, “Good result for you yesterday!” “Indeed” I replied “and in all honesty I didn’t expect it. West Ham have been on a great run and we’ve been playing well but not getting the results.” It transpired that he is a Man United fan and would have been in Cardiff but for the lack of trains to get him back to ensure catching this flight today. We chatted a little more about the beautiful game, managers and player commitment and then they actually put us on board but rows apart so the conversation ended there. I’ve always said that if someone finds that you are a football fan you’ll never be short of a conversation – sometimes enjoyable, sometimes rather boring. This could have gone on happily for the entire flight I suspect.

So having taken a cab to the airport, gone in a posh lounge, paid for priority boarding, when I get to Lisbon I decide to take the pauper’s option to get to the hotel. This involved walking a very short distance to the Metro station, buying a rechargeable Via Viagem card and taking the Red Line (actually called Linea Vermelha which struck a chord as one of the pieces in my Japan book is about Vermillion) to Saldanha which looked the nearest station on the map. It wasn’t as I learnt after finally making it through a maze of hilly streets to be told I should have gone to the end of the line at Sao Sebastiao which is five minutes closer. Also Lisbon’s streets are paved with annoying small squares of stone which wreak havoc on the wheels of your suitcase. 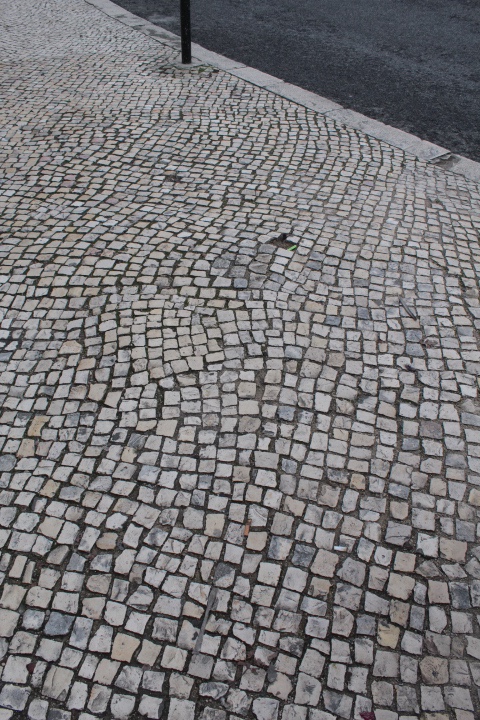 I checked in to a surprisingly large room and went for a quick orientation ramble around the neighbourhood, finding the Blue Line station for tomorrow’s outing and the Calouste Gulbenkian Foundation for Boxing Day. Back at the hotel for a beer (two actually as it was happy hour and they twisted my arm) I caught the end of Everton going down 2-6 to Spurs and then watched as local side Benfica put in 6 again to Braga’s 2. How often do you witness two 6-2 score lines on the same day?

It was Sunday night and the restaurant options were limited but the suggestion of Miguel at reception that I walk to the other end of the street (not very long) to Colina was a great choice. It’s a neighbourhood locale filled with families, some of whom I followed down the road from church, with a buzzing atmosphere and very tasty food.

I had a fish soup with four huge prawns and then a speciality from the area of spiced pork with clams which went down well. Having recently discovered in the UK a Portuguese grape called Alicante Bouschet at my local Laithwaites, I asked if they had one and the best they could do was a blend with Cab Sauv. It slid down very nicely anyway. A brisk walk through a cool evening – down to 8 degrees – and the sleep of the traveller.