The rest of the family were arriving at dawn on Monday and I arranged to meet them at the Karinarimon Gate near the Asakusa train station and our hotel. 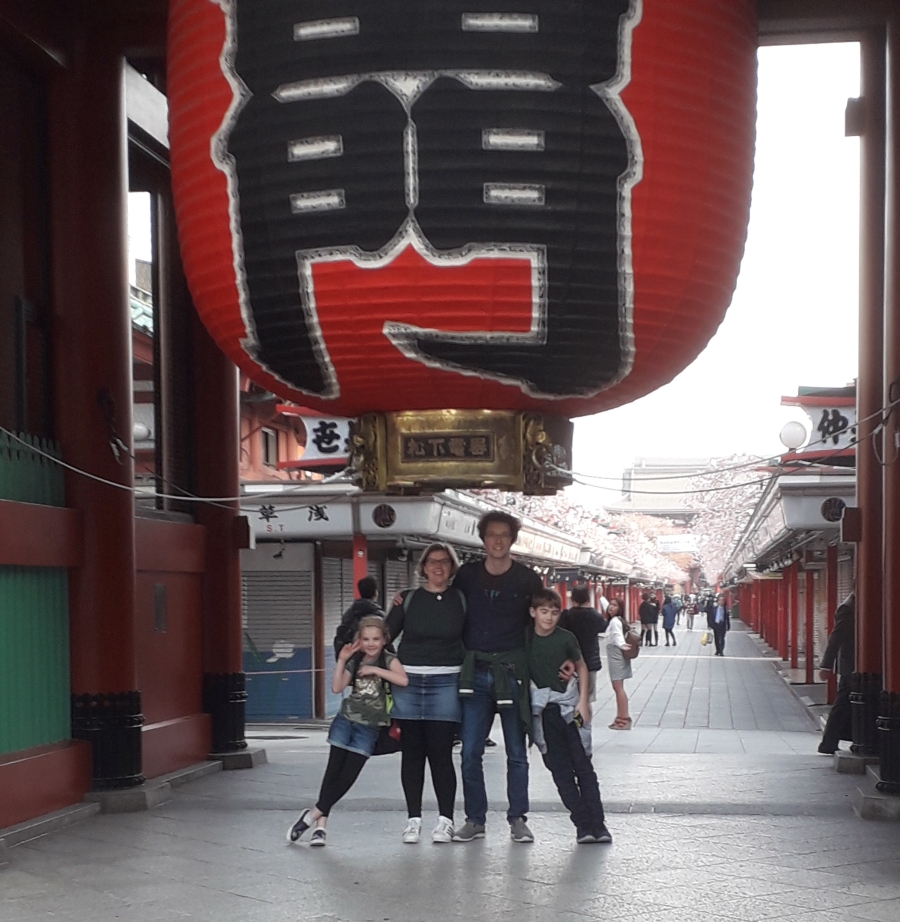 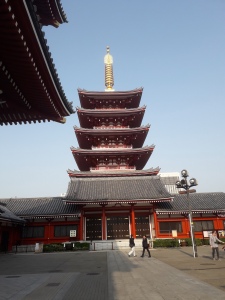 We did indeed meet and enjoyed the Senso-ji Shrine in the early morning with no throng of tourists that I’d had to batter my way through last week. Sadly the cherry blossom had faded but it was still a sensational experience to add to travelling from the airport by monorail and train. So as not to let jet lag take over completely we took all the luggage to my room and then whizzed up to the 27th floor for a hearty breakfast. The buffet provides something for everyone: fruit, eggs and bacon, sushi, pickles and miso soup so all could feed to their heart’s content. In order to fill the time until official check in at 3pm we walked the 2 kilometres (brave children after a 12 hour flight!) across the Sumida river to the Tokyo Skytree which was on the tick list. 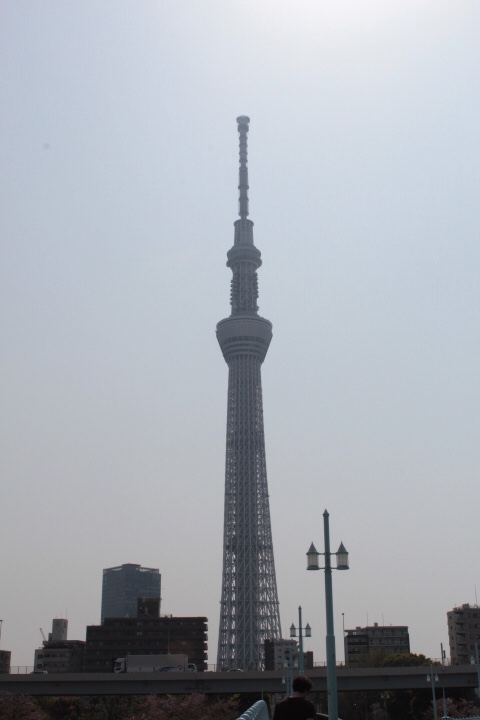 The elevator to 350 metres high was incredibly fast with ear pops but almost no sense of motion. It was a bit hazy but gave us a great impression of the size of this city – it is vast. It was also interesting to see the number of tennis courts, running tracks and baseball Ds in the immediate vicinity.

A drink in the food court and a train back to Asakusa ensued and then it really was time to turn my single room into a three person dormitory. An armchair and footstool provided a comfy bed for one and mother and son shared my good sized bed for a single room. The men went and drank beer and waited until the four bedded room was available. They all napped for a bit and then we set off for dinner in a ramen bar where you order from pictures on a screen, present the tickets that print out to the wait staff and then food and drink arrive after some consultation. My son and daughter-in-law had arrived from Kobe by now so we all spent the evening together. An early night followed so as to prepare for a proper day of Tokyo sightseeing. It was great having all of us on holiday in Japan at the same time.

We started Tuesday with a visit to the Meiji shrine and had the bonus of seeing a full blown wedding. Dee and I had enjoyed the process of getting your hon stamped and inscribed at each shrine we visited and I had a spare one which we’ve entrusted to my grandaughter’s enthusiastic care.

Following the shrine we walked through the garden where amid the peace and quiet were huge koi and lots of turtles or terrapins. Both kids had researched lots of YouTube videos and wanted to see the heart of Japanese modern kawai culture, Takeshita Street, in nearby Harajuku which we did after a lengthy wait for lunch in the Tokyu Hands department store cafe.

It’s manic and overwhelming but rainbow candy floss was acquired and just at the end of the street was a place where everyone could dress up as samurai to general amusement and mirth. 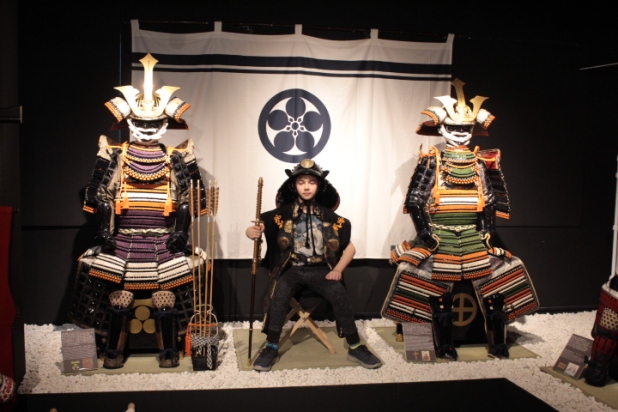 We wandered on through the winding back streets ad came across a fabulous piece of modern domestic architecture and as so often in a back street a beautiful little shrine. This was the Togo Jingu dedicated to the memory of Admiral Togo who was known as the “Nelson of the East” as he fought so many successful sea battles against the British, Chinese and Russians. A second hon stamping of the day occurred. The shrine provided a fine moment of regrouping and contemplation and was such a contrast to the mayhem of Takeshita Street just 200 metres away. 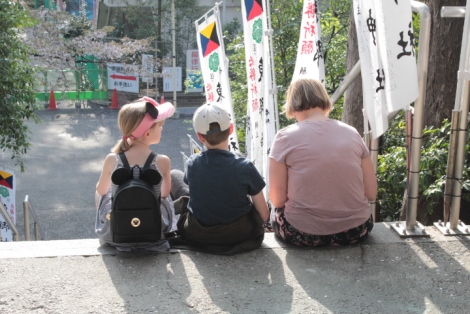 Tom and Caroline had friends to meet so we set off back to base, me via Tokyo station to buy tickets for our trips to Nishi Izu on Saturday and Kyoto on Sunday. The five of us then went for a spectacular teppanyaki dinner which had none of the (over) acting that often occurs at UK teppanyaki places but just a chef who cared and quickly clocked that he could tease my granddaughter with fish and vegetables and then be staggered at the way she devoured steak, Prior to the delicious Wagyu beef we had whole prawns – heads, tails, everything – and sea bass and a salad. Yes I’m well prepared – beer with the fish red wine to go with the meat, but eating a healthy and delicious salad to begin.

Steak was cooked to our precise tastes followed by bean sprouts and fried rice. Happy tour party returned to base well pleased with a day well spent. I won’t dwell on the fact that I had to break all the sky bar’s rules (no children, no glasses taken outside) to get my daughter a glass of wine in the 20th floor viewing room which we had commandeered as our lounge. Tom and Caroline returned and we all caught up and then retired to prepare for the next day’s trip to Nikko.