With apologies to Jonathan Raban, but I am also going from one side of the country to the other, just not quite as far as across the States. Check out from the New Otani in Tottori was routine and I set up satnav for the day ahead. Adachi Art Museum and Garden has been voted Japan’s No 1 garden for 15 consecutive years since 2003 so given our enjoyment of Kenrokuen and Korakuen on our last trip this seemed an essential visit. Tottori’s sprawling suburbs, strip malls and industry behind me, I was again on Route 9 which hugged the still beautiful coast.

I stopped for a coffee and croissant at a Lawson Station along the way and sat with my breakfast looking at this beach. 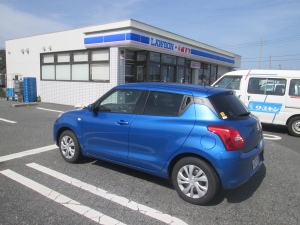 I was quite glad I hadn’t elected to stay at the Camel Hotel – wonder if they paid to rip off the cigarette logo – it might be OK in the season but it looked rather down at heel now.

The route soon branched off onto Route 432 to Hirose where the garden is situated. On the way we climbed again away from the coast but not for long without being up among the mountains still holding snow at their peaks despite a very dry and snow-light winter. The fact that the mountains often run right to the coast leads to some of the dramatic scenery of Japan’s coasts.

The garden was a work of art. Incredibly beautiful areas with different classical elements. The problem is you view it through glass like a work of art. I wanted to walk among the stones, feel the moss and hear the water but apart from a tiny area you are inside the museum. So I’m glad I went but it will never replace the gardens we saw last time as my favourites. 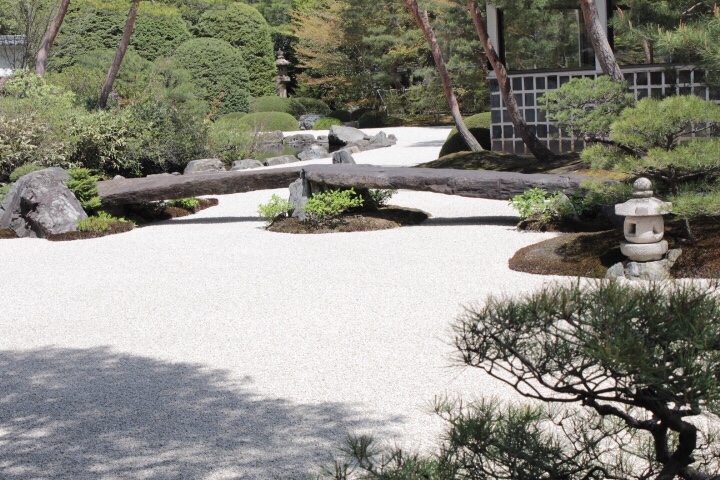 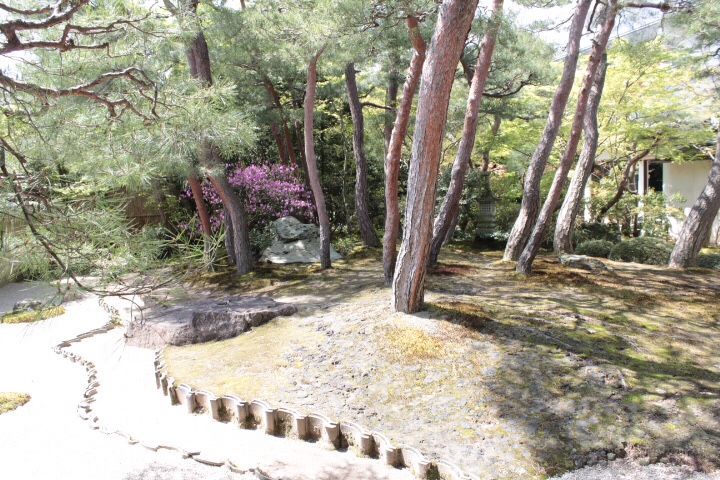 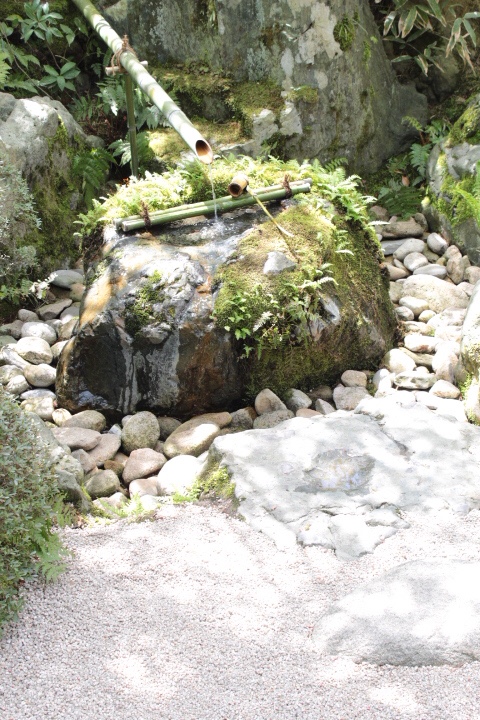 The art on display was interesting a mixture of imitation of the traditional woodblock and scroll images we know so well and rather fey children who’d be fine on Hallmark greetings cards – that’s probably me being highly unfair but it wasn’t the exciting start to the day I’d hoped for. However the drive back to Kyoto more than made up for it. Routes 432 and then 314 to Tojo are highly recommended for anyone who enjoys a mountain drive. It delivered delights like this weir with a convenient lay-by for me to jump out and photograph it. 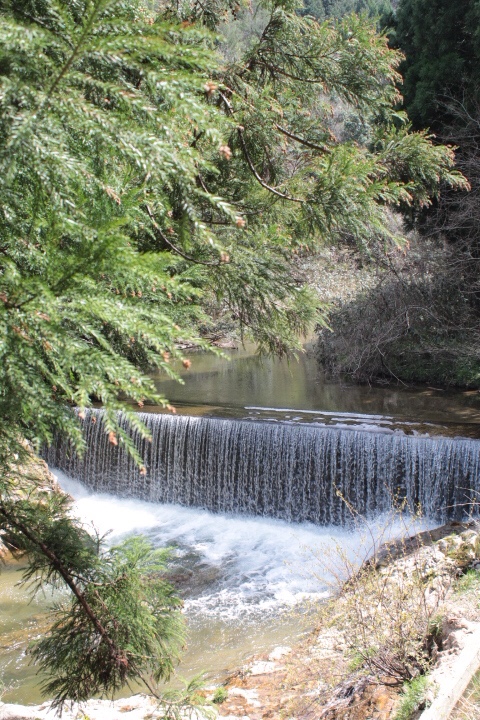 In the valleys there were also some great patches of cherry blossom, later here because of the height above sea level – I thought we were quite high yesterday but the Makijotao Pass (?) was 727 metres up.

A little further on I saw this massive red suspension bridge and was shocked to glance at the satnav and see that we were going over it via the Mina Bridge Loop which was like going up in circles into a very lofty car park. (Sorry for pic quality – trying to drive as well). 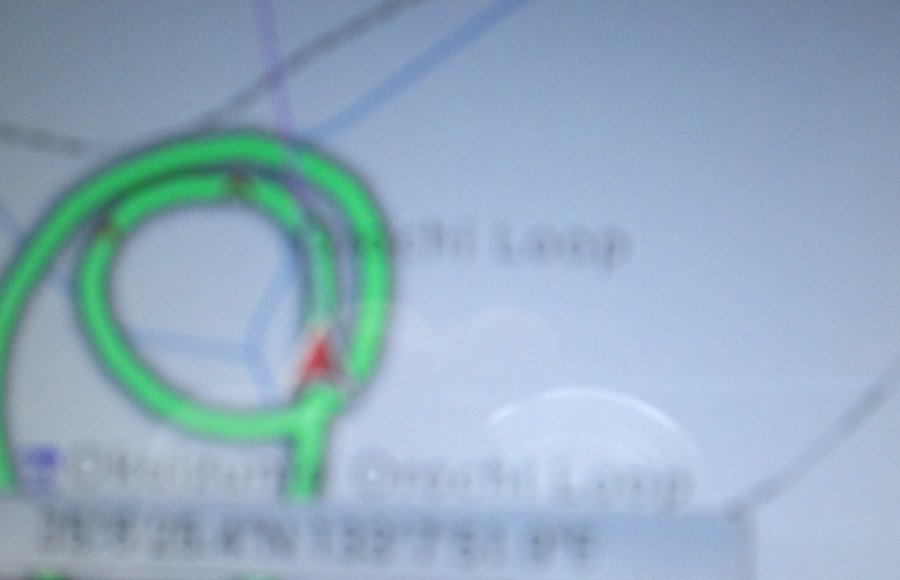 The descent was also quite a fun drive through Okuizumo City down to Tojo at which point, given the need to return the car and get to Osaka, I took the Chugoku Expressway back to Kyoto. I was expertly guided to a petrol station so as to return the car full. I decide to walk to Kyoto Station to catch my Shinkansen to Osaka – they are so close the train hardly got up to speed. A taxi to the hotel and a local okonomiaki restaurant provided a proper Kansai version which I order entirely from an iPad and which offers regular, lots and lashings of mayo and brown sauce – well that’s my translation.